There’s something quite remarkable about Kington. It has what I call the “Double Q” factor; Quirk and Quality.

It has a similar eccentric personality to many other hilltop layouts as well as good turf, natural contours, kooky features and plenty of undulation. But where Kington really excels is that is has very few weak elements; no moments of absurdity that often blight related courses. The extrovert layout of the course simply adds to its appeal.

Laid out mostly on top of Bradnor Hill, above the medieval town of Kington in the beautiful county of Herefordshire, it nestles on the Welsh border and is the highest 18-hole golf course in England. As you would expect from such an elevated position the views are simply stunning.

With regards to the golf there’s a real consistent quality to the course and the unconventional nature doesn’t detract from this at all. In fact all the holes request good and clever golf from the player. I suspect that the savvy competitor will do well at Kington. In a similar vein to good links courses not only is approaching the greens from the correct location important but equally vital is not missing them on the wrong side.

You won’t find a sand bunker in sight but the many natural humps, bumps, grassy hollows and drop-offs around the greens ask for all kinds of creativity when you find yourself not only in the wrong spot… but in the correct one too! One thing’s for sure; you had better bring your imagination to Kington. 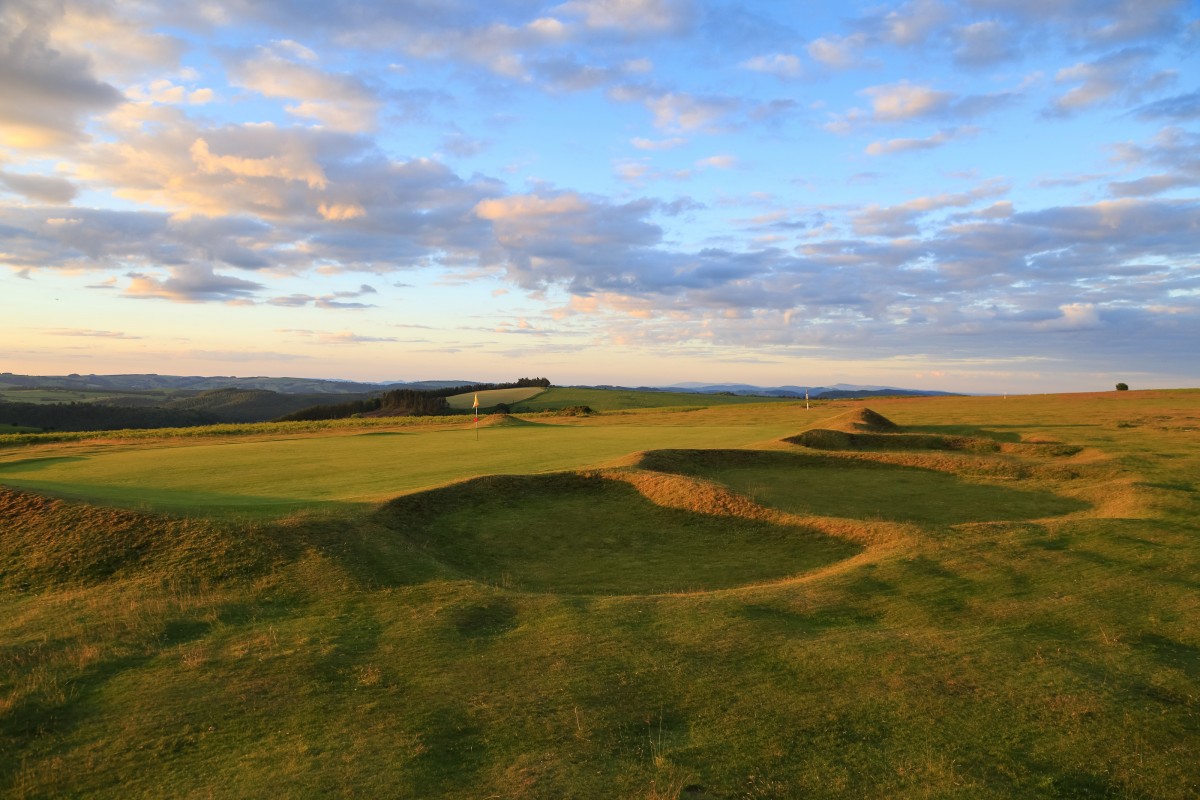 The various slopes and contours around the greens can be used as your friend if required and often dictate the type of shot you must play. The fairway approaches have plenty of shallow, rumpled undulations in them giving an almost lumpy feel and because of this you can expect many unpredictable bounces as well as uneven stances and lies. If the terrain doesn’t entirely promote the ground game it certainly doesn’t discourage it and is more than accepting of it.

Many of the putting surfaces aren’t visible when playing to them and because of the moderately hilly nature of the course you often have to just put your ball ‘up there’ and let wind and gravity do the rest. Watching the end result slowly unfold before you is great fun albeit maddening at times.

Each and every hole has something going for it, especially as you near the greens but three that really stood out and ticked the boxes for me were the 12th, 13th and 14th. I cannot over emphasise how this trio of holes work so well both individually and collectively. 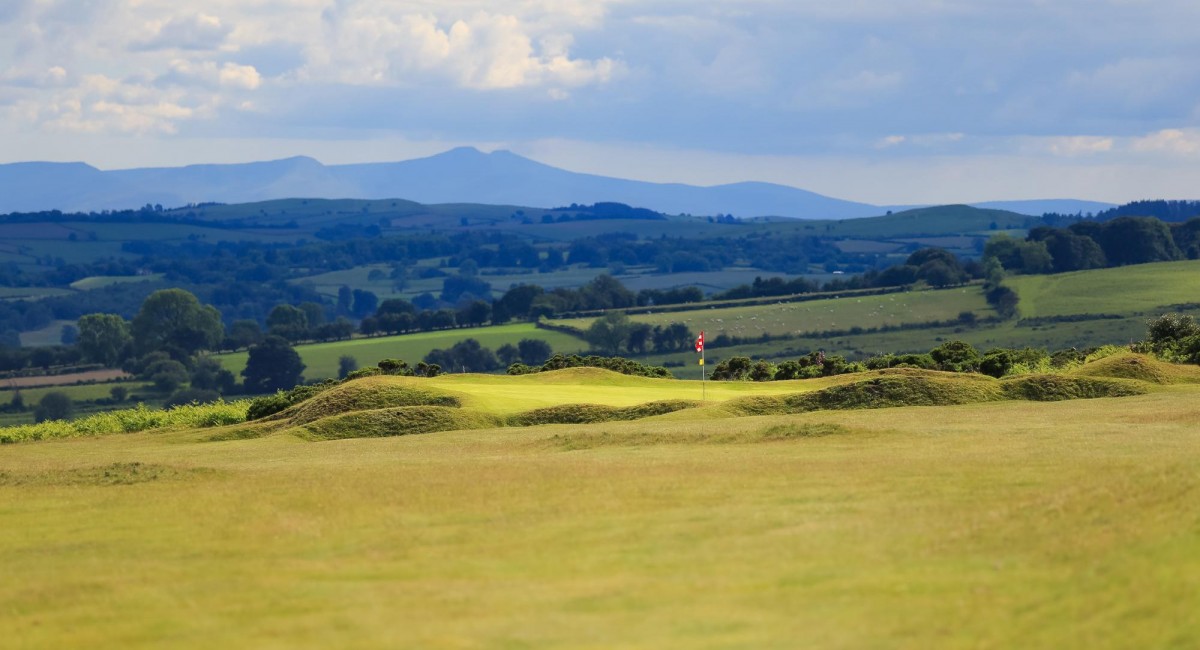 The 14th in fact is a real jaw-dropper of a hole and in my opinion the best on the property, both visually and playability wise. This par-five falls gracefully from a high tee and slithers its way through a path of bracken and small gorse-laden clumps either side of a generous fairway. There is a gentle curvature from left-to-right as it plummets which entices you to hug the right when it is perhaps safer and wiser to err on the left. The green complex, which I will mention in more detail later, is akin to something you’d normally find on a top-class links. It’s a hole that concludes a par 3-4-5 combination that is as good as you’ll find away from the coast. 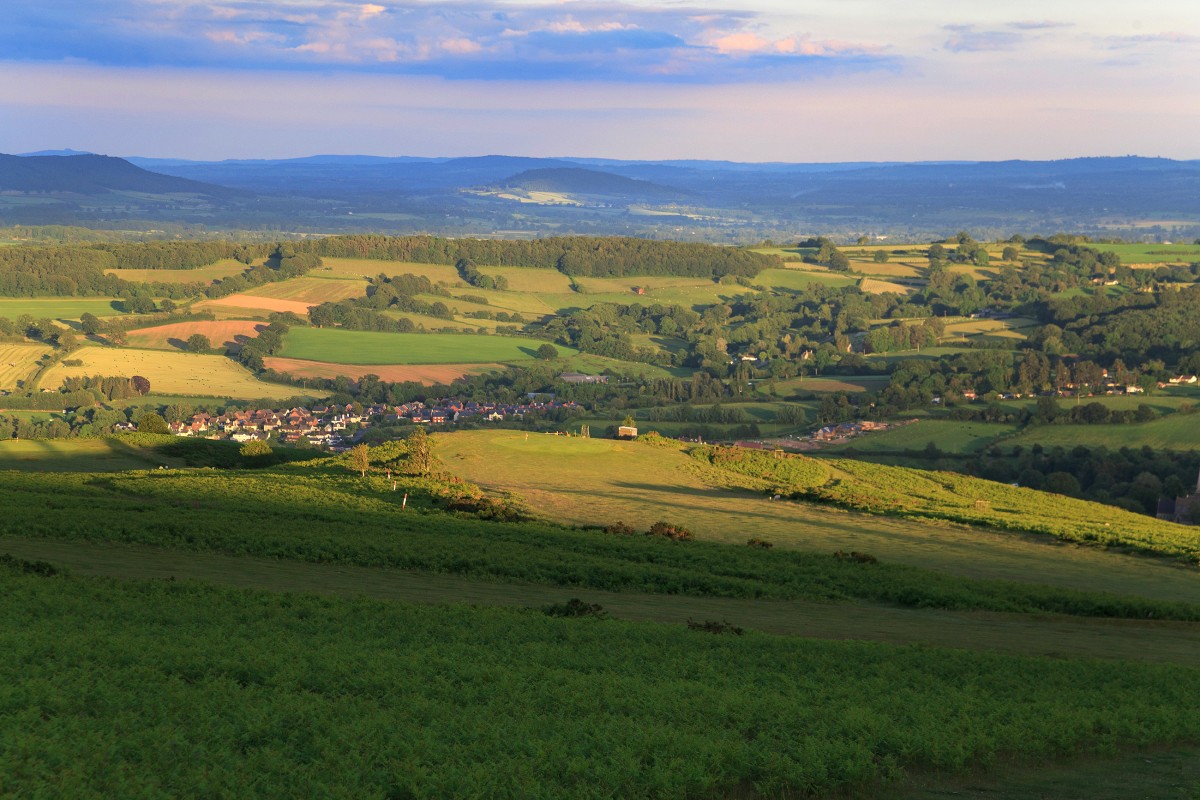 The preceding two holes are also superb. The approach to the 193 yard 12th must be shaped and flighted to perfection in order to find a narrow green surrounded by all sorts of grassy hollows and mounds whilst the dog-legging 13th is also right out of the top drawer as it asks you to drive blindly from the tee to a fairway that canters against the fall of the hillside and where finding the optimum angle into the wonderful green is beneficial.

There are many other high points before you reach this part of the course though. The angled green at the opener is exceptional and I just love how the second slides round the corner of the encroaching hillside whilst the excellent green site at the short third leaves no question unanswered in what is required of your tee-shot.

The 421 yard fourth is also truly excellent – another contender for the best hole on the property - as it sweeps gently from left to right before encouraging a ground approach to a wonderful two-level green where the step runs in the same direction as the hole. You will likely face a long approach to this green and it is holes like this that give Kington the edge because it breaks the monotony of the ‘drive and pitch’ mentality that I often find at similar courses.

Another reason I’m a huge fan of the fourth, and again where Kington trumps other courses of its brethren, is the contouring of the putting surfaces. The 10th is not dissimilar in design with another double side tier whilst the 11th and 14th are of the very highest quality too. Indeed the 11th and 14th – both reachable par fives – are fantastically well defended by their greens and ensure any birdie must be well and truly earned. The fall-away nature of the former and false front at the latter adds an almost undefinable touch of class to them.

Another real strength of Kington is that there are no duds. Each hole contains interest at least some part along its way. Usually this is around the greens but at the other end of the spectrum, and again where other courses from the same bloodline fail, is that some big hitting is also required. As you might expect of a course laid out in 1925, and changed little since, there are several shortish par-fours but holes such as the earlier described fourth along with the seventh, eighth (albeit it at the expense of a tedious 200-yard walk from the 7th green to the tee), 11th and 14th have a bigness to them. The two one-shotters on the back nine also exceed the 200-yard mark so it’s not all about the short game here. For the record the par 70 layout stretches to 5,873 yards at its fullest - certainly one of the best golf courses under 6,000 yards.

The 15th, 16th and 17th don’t quite hit the high notes of earlier holes but the par-four 18th is a dramatic closing finale and worthy of special mention. It’s a hole where an eagle is a realistic prospect for even the most average of golfer whilst the scratch man is just as likely to card a six. This 279-yard peculiarity has a steeply sloping fairway (left-to-right) with a green benched into the hillside that has an entrance about as narrow as my front door. Find it in one and you’ve hit the jackpot but miss it right (or even high left) and you could use up a lot of chips. It’s the closest that Kington comes to gimmickry and whilst I’m not a fan I think it just about stops short of crossing the line.

My only real criticism of Kington on the day I played was that I would have preferred it if the greens were a bit firmer, even though that would have made it even more taxing. I suspect that this will come as we approach summer but in early April the ball was making some surprisingly deep pitch marks and this did just diminish the strategy ever-so slightly as stopping the ball through the air was fairly easy.

A lot of courses have moments of individuality and contain something a bit different to the norm but few can match the consistency of quality that Kington also produces and whilst it’s never going to be a world-beater it rarely puts a foot wrong. There is never a dull moment during an endless run of unique holes. The course is bags of fun, very funky, wholly fascinating and continually entertaining yet most importantly always challenging.

Kington is featured in the National Club Golfer Top 100 under £100 Golf Courses of Great Britain. 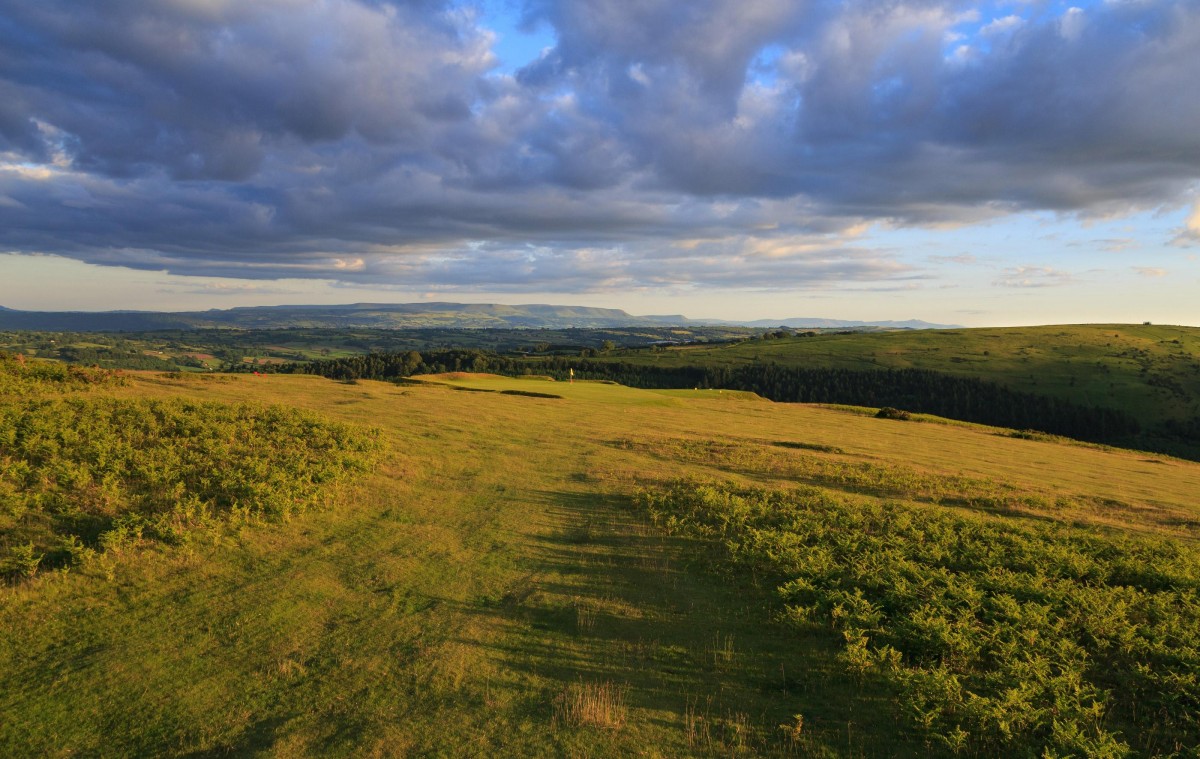 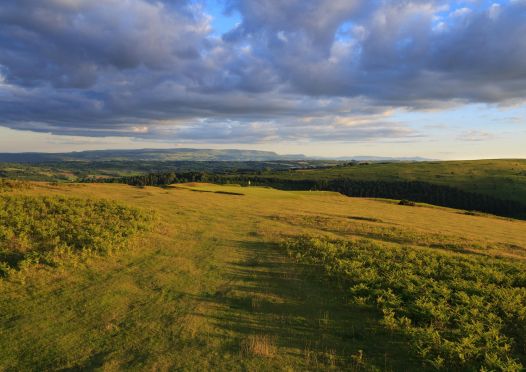 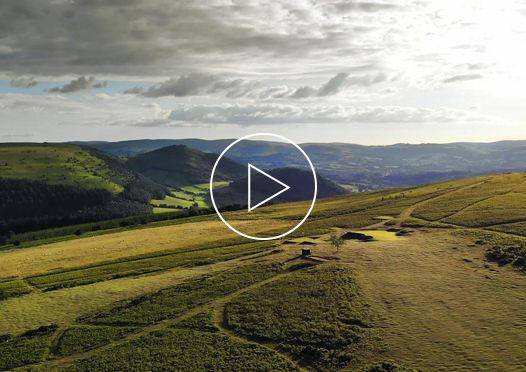 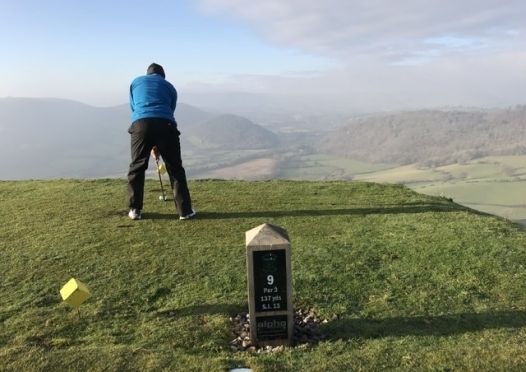 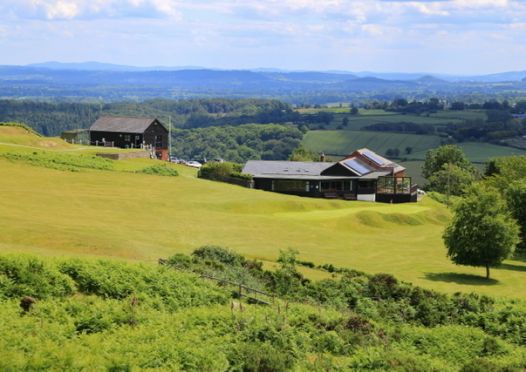 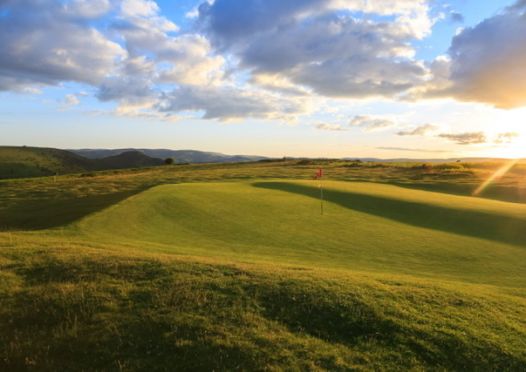 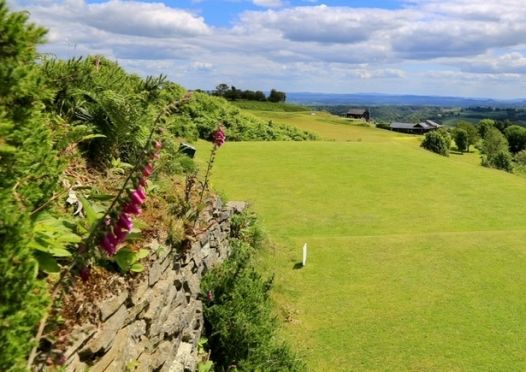